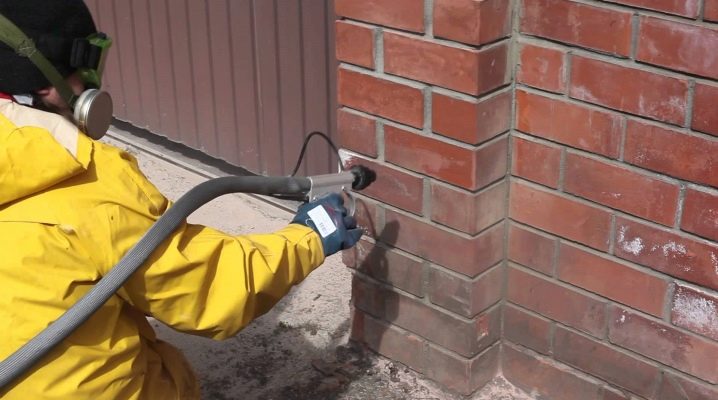 Sandblasting bricks is an effective procedure for cleaning facades and is widely used in restoring the original appearance of residential buildings and industrial buildings. 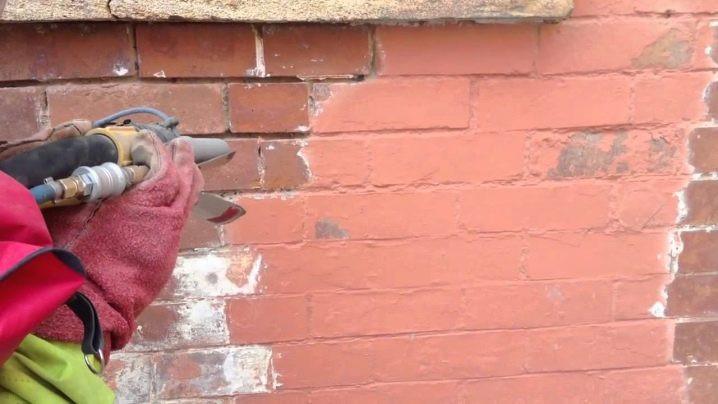 The essence of the process

Sandblasting is a set of measures for the purification of brickwork from soot, dirt, soot, white residue and drawings. The procedure is carried out using special equipment, called sandblasting. The use of such a device returns brick walls to their original appearance and significantly slows down the process of stone destruction. Despite the rather powerful mechanical effect of the abrasive jet on the brick, the material does not crumble and does not lose its operational properties.

The principle of sandblaster installation is as follows: compressed air is mixed with sand, under high pressure with the help of a compressor is fed into the gun and sprayed over the surface. As a result, the brickwork is cleaned of dirt and acquires a neat and well-groomed appearance. In addition, the impact of the air-abrasive mixture effectively destroys fungi and bacteria, the destructive activity of which over time leads to the destruction of bricks.

Despite the name of the equipment, not only sand is used as a working mixture for sandblasting. Excellent results of cleaning the walls can be achieved by treating bricks with corundum, kupper slag, glass balls, nickel slag, as well as plastic and ceramic shot. The choice of material depends on the type of brick, the age of laying, climatic conditions and the nature of the pollution of the facade.

It should be noted that this type of cleaning is quite versatile and is suitable for any type of brick. Smooth, textured, hard burnt and unglazed bricks can be processed.This greatly expands the scope of application of sandblasting equipment, allowing you to care for all types of brick, as well as wooden and concrete structures.

Sandblasting brick walls is considered one of the most effective ways to bring buildings in a satisfactory condition and is carried out in a number of cases.

Sandblasting is done in several ways, and the choice of the right one is made taking into account the nature of the pollution and the ultimate goal of the event.

When performing sandblasting should be extremely careful and be sure to follow safety precautions. The procedure should only be performed using personal protective equipment such as a face shield and goggles.

During work all parts of the body must be securely closed. This requirement is due to the fact that sandblasting, even in the weakest mode of its operation, is capable of accelerating abrasive particles up to a speed of 600 km / h, therefore a direct hit of a jet into a person faces a serious injury and even death. 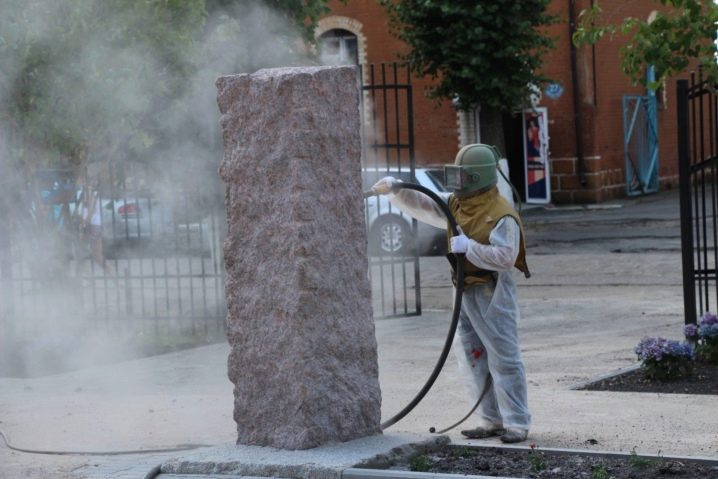 In addition to physical injuries, working with sandblasting equipment without the use of protective equipment is fraught with such a terrible disease as silicosis. The disease causes severe damage to the lung tissue and occurs as a result of sand dust entering the respiratory tract. Therefore, when working with sandblasting equipment, regardless of what type of abrasive is currently used, it is necessary to use a fine respirator or a helmet with forced air supply. Ears also need to be protected from strong noise using industrial headphones.

Sandblasting is considered the most effective way to return the brickwork to its original appearance and significantly increase the life of the buildings.

On how to work sandblasting, see the following video.

How to seal a crack in the wall of a brick house?

The weight of the brick and how to measure it

Ordinary brick: what is it and what characteristics are different?

How to process a brick and how to do it?

Embedded in brick pillars for the gate: how to choose and install?