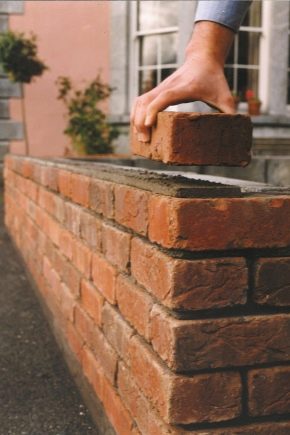 Anyone wants his home to be the most beautiful, well-groomed and attractive looking. Most often for the construction of housing using such material as brick. In this case, the question arises of how to seal up all the small gaps between brick blocks? This requires grouting joints and all uneven surfaces. Zatirochny material allocates contours of a facing brick.

Grouting is the application of a special additional layer on the surface between the bricks after they are laid. Such material is used for vertical or horizontal laying of the wall, after an excessive mixture has been removed at the joints of each brick, but small irregularities remain.Grout, or as it is also called - jointing, is used precisely for such purposes. Brick laying turns out beautiful and equal. The layer, which will protect from moisture, has a high integrity and durability. As a result, the life of the structure increases.

They try to carry out jointing immediately after the building has been made. Of course, there are also such cases when this work is performed after several years. In this case, the wall has already absorbed a large amount of moisture and is gradually destroyed. 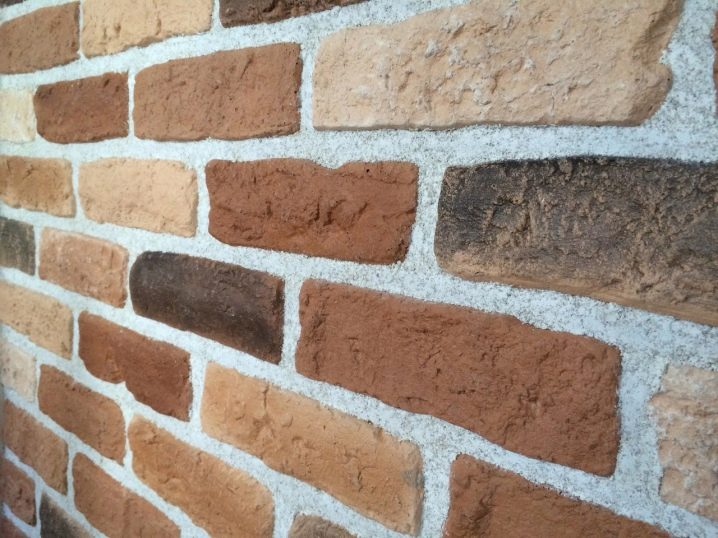 Grouting is done only on those walls on which work on plastering or lining will not be done later. 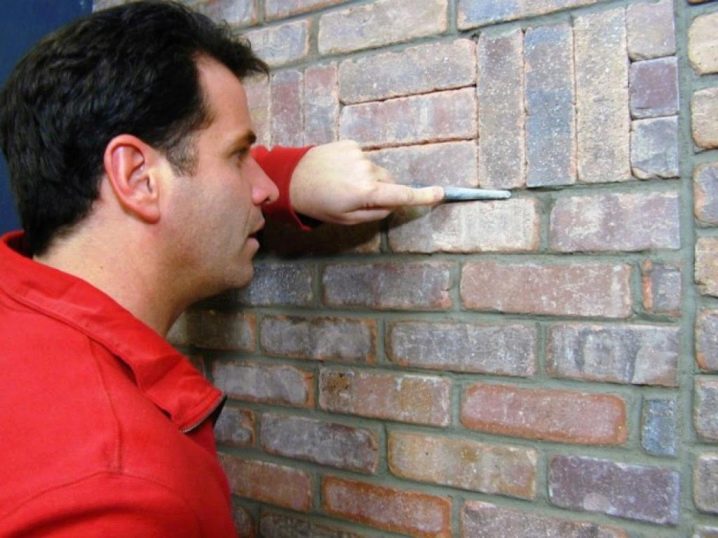 The jointing is both decorative and practical.

To decorative properties include: 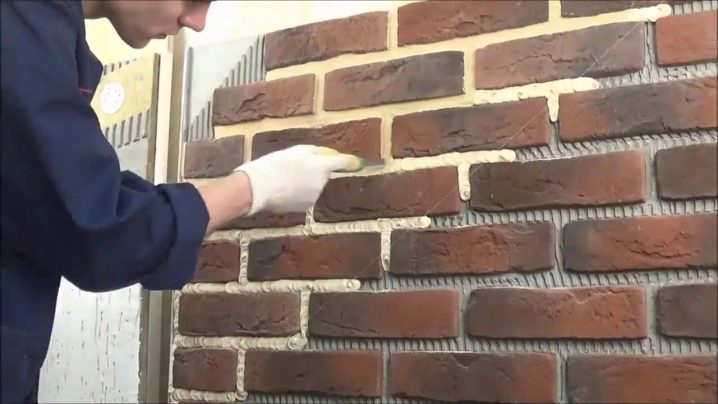 Practical characteristics are as follows: 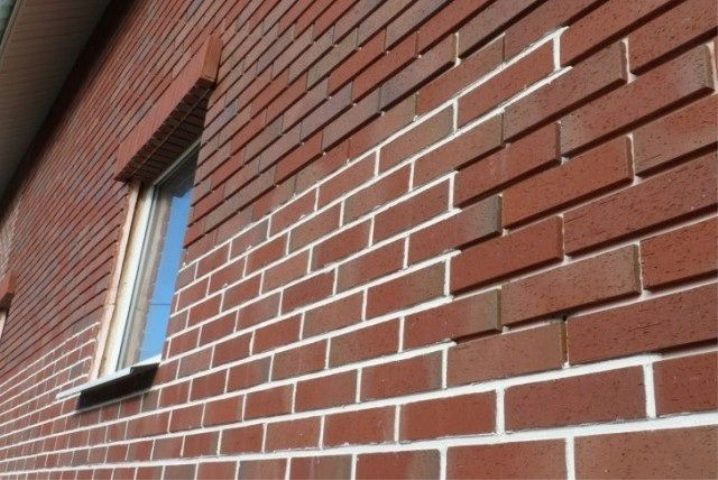 The grout overlaps the previous layer of cement, but in this way it is impossible to completely remove errors in the form of excess cement in the wall, its curvature and uneven masonry. 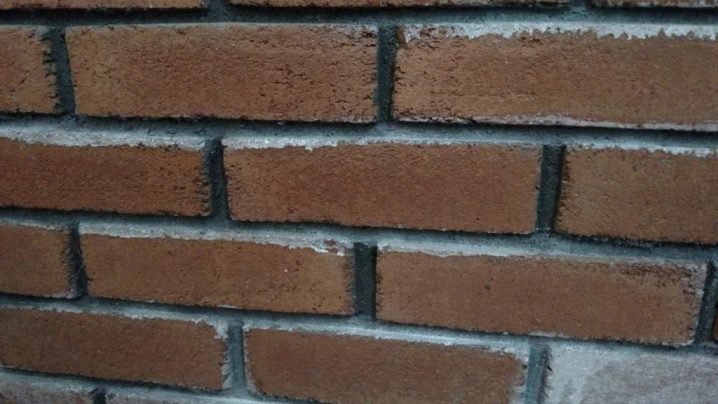 When is the best place to do the jointing, and in what case do it? It is possible to carry out jointing only if the brick wall was erected exactly. After all, each seam has the same standard thickness. Horizontally, this number is from 10 to 15 mm, and vertically from 7 to 14 mm.

There are several well-known and common ways to make a grout with your own hands. Consider some examples in more detail.

This is the easiest option to do the grout between bricks. For it will not even need to purchase a special tool - a narrow trowel.

First, it is necessary to dilute the grout, then apply it between the bricks. The solution is usually made of cement. Excess applied mass can be easily removed with a trowel (polished tool on both sides with a curved wooden handle). It is necessary to let the layer harden a little, and then grind everything with a hard brush.

This is the second way that masters use. From the tools you will need: a small sharp spatula, which is called "jointing", the solution itself. The spatula should not be too thick and long, because with this tool the mixture that will be applied to the surface will be compacted. Cement mortar must be laid on the surface of the masonry, remove the excess with a trowel, and then compact the mixture between the bricks with a small sharp spatula. 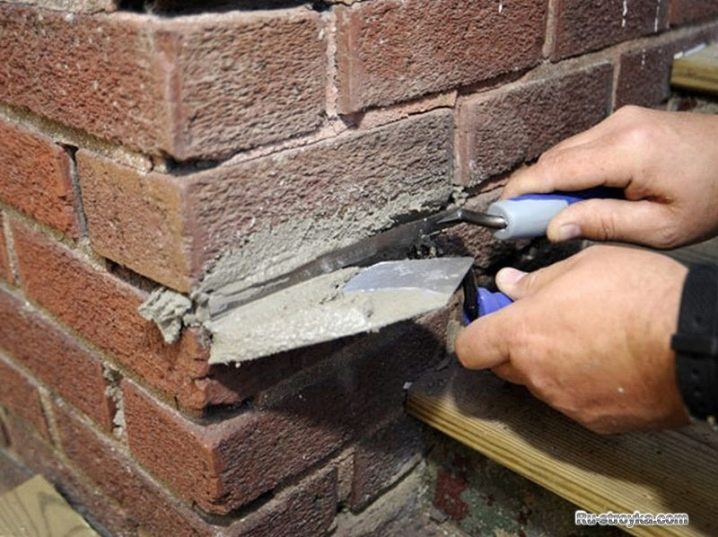 This is the method that is better to entrust to the masters than to do it yourself, because it requires special skills and skills. A solution of about 4-5 mm is taken out of the seams, then the gaps formed are again filled with a new mixture, more densely. This finish is beautiful in appearance and attracts attention, but is not suitable for use on the street, as it does not perform water-repellent function.

There are two types of grouting - cement based and epoxy. They are quite different from each other. Cement grouting is more popular, they are easier to get, they are cheaper in price category.

Such grout is produced by many enterprises (for example, Quick-mix is ​​a popular supplier on the market).The material is removed from the surface quickly enough, and water is used in every house to dilute the mixture.

Epoxy grout more expensive, not so available, in some cities they can not be bought. They are more effective than cement. In places where there is more moisture and there is an increased load, epoxy grout will be a head higher in strength than cement. Their durability index is high, as is thermal insulation.

To do the grouting mix yourself, you will need: cement, a mixture of gypsum and calcium carbonate (alabaster), and quartz sand. Ingredients must be mixed in proportions 2 to 2 and to 10.

Gradually add water to the mixture. The mass should not be too thin or too viscous. To check whether the resulting paste is ready for work, apply it to the trowel - it should not drain off of it.

When you need to get a white grout, you can add lime or commercial mix to the mixture. If lime is used as the basis of white color, then when moisture gets on it, the white color will become more gray each time.

Gradual solidification of the mass occurs within three hours.After that, it loses its plasticity, more heavily applied, it becomes impossible to work with it.

The following tools may be needed for grouting:

First of all, you need to prepare the surface for further work - use a stiff brush to walk through all the seams, removing any irregularities and surpluses. After that, you need to wash the seams (if the wall is high and large, then it would be best to use a hose), you should also wash the brick itself so that it becomes saturated with moisture.

In parallel, a solution is being prepared. First you need to choose the way, which will be carried out grouting - concave or convex. It depends on what tools will be needed. A small amount of the mixture should be taken with a spatula, gently tamp and rub the joints. After you need to clean the place of the seam with a brush in order to remove excess. This work is over.

On the grout joints, see the video below.

Features and use of clinker brick for interior decoration

The design of the house facing brick

Selection and installation of caps on brick pillars

The subtleties of the dismantling of brick structures

Vysola on a bricklaying: why arise and how to get rid of them?
Information provided for reference purposes. For construction issues, always consult a specialist.