How beautiful to fold a towel? 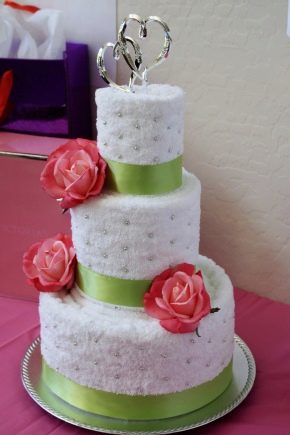 Towels, folded in the form of figures, have always been gifts that make them truly enjoyable. At the same time, such gifts did not oblige both parties to anything expensive in return. They become a doubly pleasant surprise if they are folded in the original style and interesting and carefully decorated. This article will tell you how beautiful it is to fold a “terry cloth” and make it into various shapes. 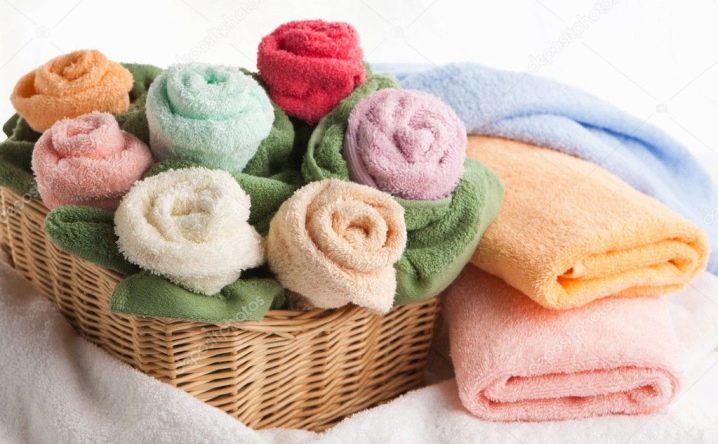 How to make a rose

Rose as a gift will be one of the most romantic surprises, especially for girls, even if it is out of a towel. Having mastered this technique with your own hands, you can even make a bouquet that will show your non-standard approach to the choice of a gift.

For roses will need:

You can make several of these roses without leaves and collect a bouquet from them by wrapping them in a bigger towel so that the toothbrush stalks are not very noticeable.

Towels, folded in the shape of a pig, can be a comic or a symbolic gift. It is suitable for birthdays for those born under the sign of the Pig. Especially in the corresponding year of the calendar. 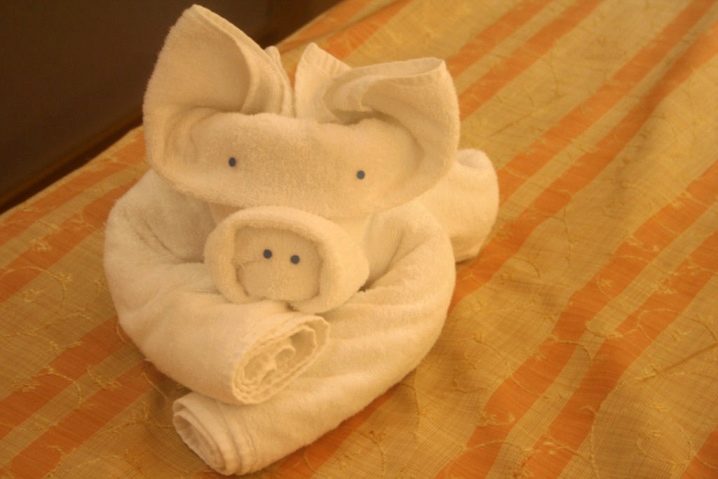 For this crafts will need:

Performed by the following points.

Bunny with a carrot

Such an article will always be an amazing gift that children will especially like. 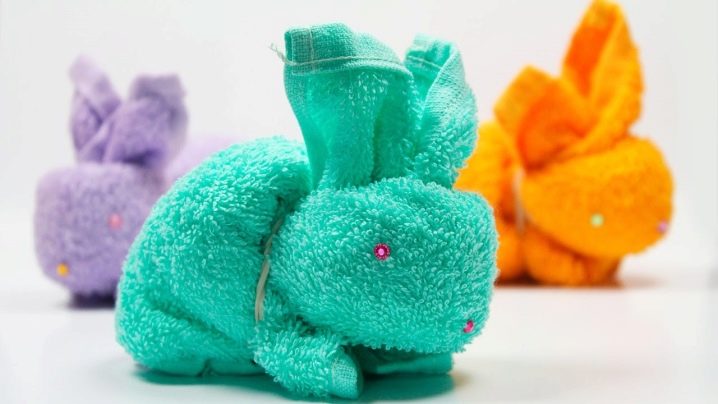 Step by step instructions on how to make a bun out of a towel.

Carrots make much easier. The only thing that needs to be taken into account is that the “main material” should be very small and orange in color.

Another spectacular gift can be a multi-tiered cake. It is easily made, besides it fits well with any interior. 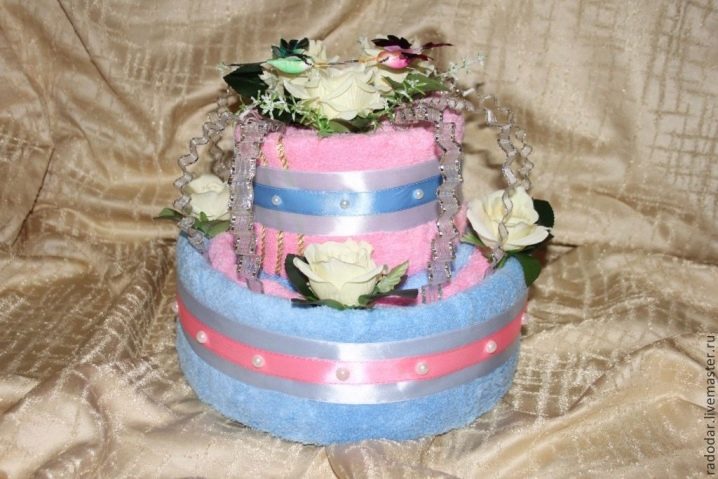 For him it is best to choose white terry samples of different sizes. It is advisable to choose a few towels, not very different in size.

We fold the smallest towel in several layers in width and roll them into a bagel.Should get roll in the cut. Fasten with a rubber band in the middle and tie it with a ribbon to hide it. We do the same thing with a larger sample, and we make more thickness this time. And we do it with all the “floors” of our cake. Put all the "layers" on each other. It is advisable to tie them with a ribbon of a contrasting color and in the form of a beautiful butterfly. 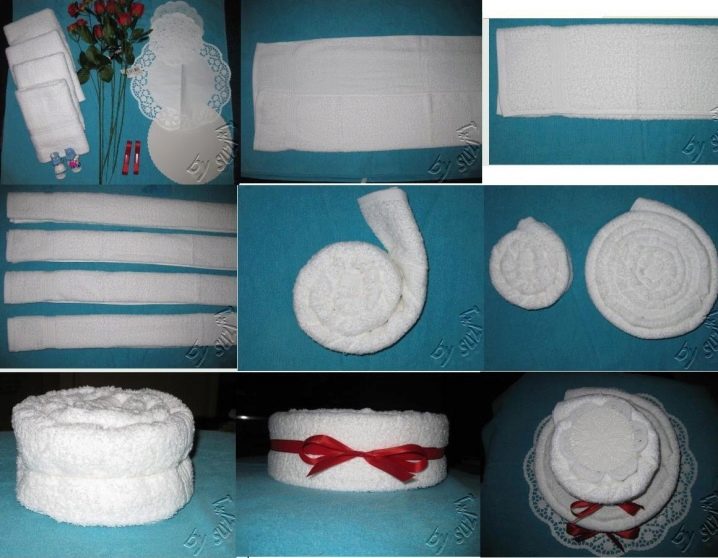 How to fold a swan

Swan is an integral part of the interior of expensive hotels, but it will be useful to be able to fold it yourself. You can surprise them with your family and just make yourself enjoyable. 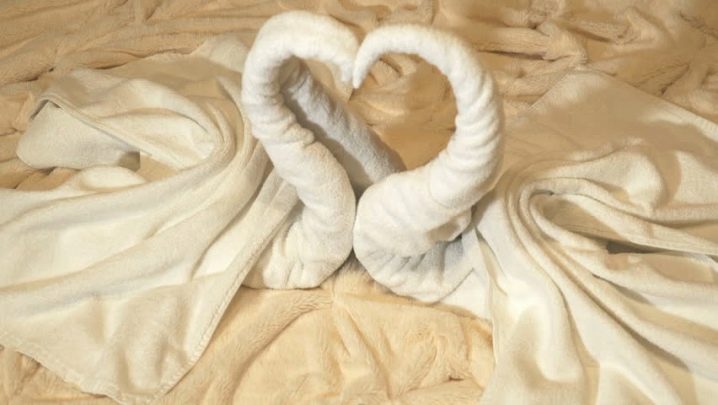 Swans are easy to form. The towel is placed in width and visually divided in half. The edges of the towel are bent to the middle, forming a triangle shape. Then symmetrically on both sides of the towel must be twisted to the middle. Now the two resulting ends are divided visually into three parts. Bend along the marked lines to the figure of a swan. Crafts are ready.

Almost all of us love spectacular gifts, and the figures, folded from towels, are just that. In addition, they do not have to spend much money, and you can do it easily and simply in one evening. It is only necessary to have patience and a little skill.Animal figurines as a gift are more suitable for children, cake for men or the boss, and roses from towels, of course, for girls.

How to roll a towel in the shape of a bear, look in the video below.

Baby towel with hood: features of choice and tailoring

Characteristics and properties of microfiber towels

Features of the choice of children's towels