Features and tips for choosing floor fans with control panel

The summer heat is hardly tolerated, especially in the conditions of city apartments. The best solution to combat the high temperature in the room is air conditioning, however, not everyone will be able to afford its installation. In this case, a large floor fan is an excellent option that will quickly cool the apartment and save a significant part of the budget.

All floor fans have a similar design and consist of a base, a mounting bracket and an impeller. The base is often made of metal with plastic elements and has a round or cruciform foot. Some budget models consist entirely of plastic, however, buying such is not recommended.The point is that the base must be rather heavy to prevent the risk of the device tipping over.

The upper part of the fan consists of an impeller, which is mounted on a rotating device.that provides a 90 degree turn for effective mixing of air layers in the room. You can find on sale devices with 3 and 4 wings. Blades are made of plastic or chromed metal. Long blades allow you to blow a large area of ​​air. Also on the impeller is wearing a special protective mesh. It prevents the ingress of foreign objects, as well as fingers into the mechanism.

The rotation of the "head" of the device is carried out using a bearing. Modern models have a long service life and low noise. There are almost silent models, however, their cost is much higher than that of standard devices.

Floor fans - one of the most budget and popular climatic devices.

They are used in millions of homes for decades and have the following advantages:

However, despite the existing advantages, floor models have some drawbacks, including:

These disadvantages can be avoided if you purchase a model in the middle price category, since the listed drawbacks are only in the budget models. 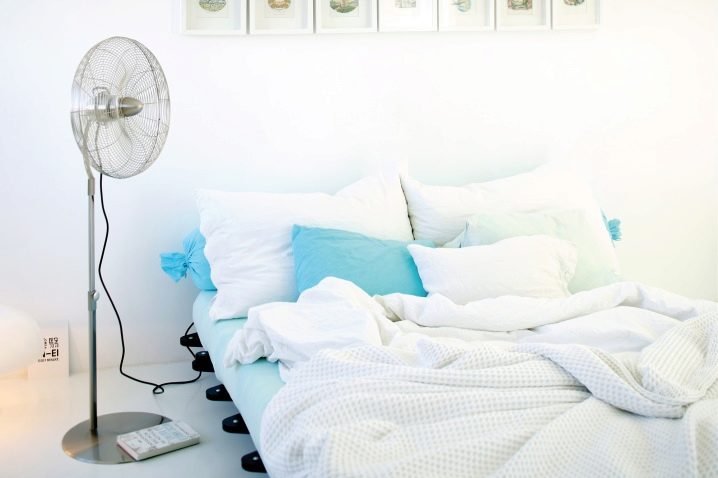 When choosing a floor fan, you should not go to the store unprepared and purchase the first available product. Professionals are advised to pay attention when buying a fan to the following points. 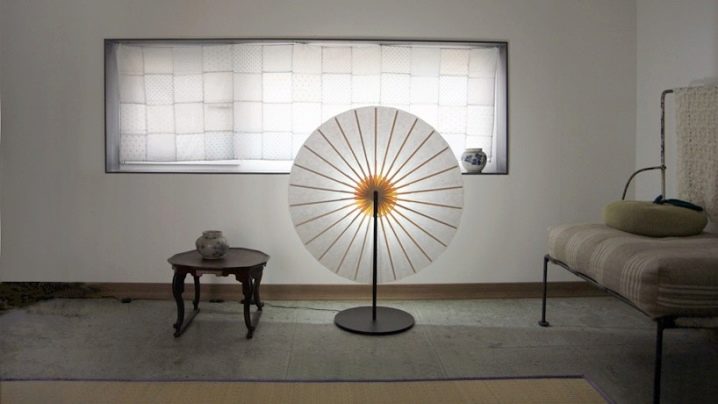 Most manufacturers of home appliances and produce floor fans, as this class of goods is always in demand, especially in the hot summer season.

The greatest positive customer reviews are the following models.

Floor fans - the climatic equipment which can be installed independently in any room, unlike air conditioners. These are low cost devices that can quickly cool the air in an apartment or office and make it comfortable to stay there. 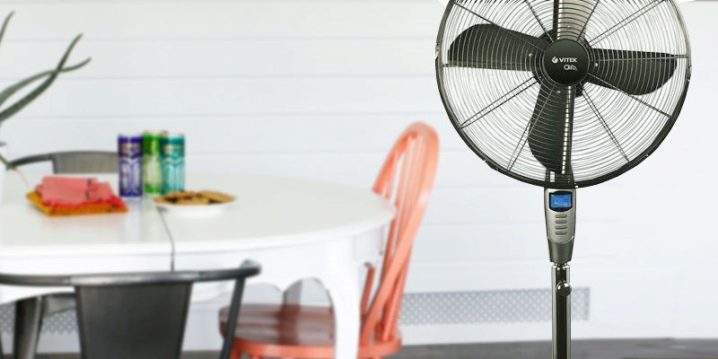 Review the Xiaomi floor fan in the next video.

Varieties and features of the choice of the fan on batteries

Fans with air humidifier: a device, an overview of models and tips on choosing

USB fan: what is it and how to do it yourself?

Kinds and principle of operation of flawless fans