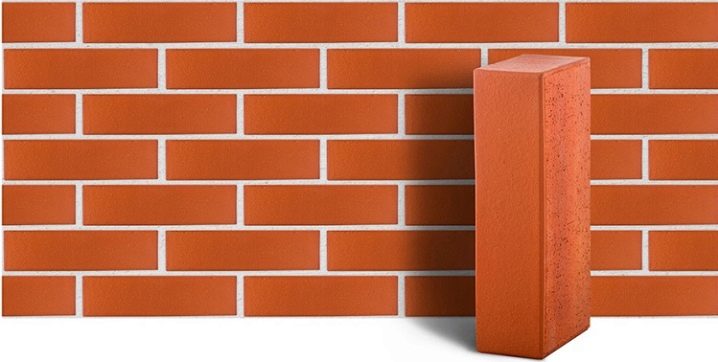 Red solid brick is a type of ceramic brick and has high performance properties. The material is used in the construction of objects, the walls of which will be subjected to regular or periodic weight, shock and mechanical loads. Solid products are often used for the construction of columns, arched structures and pillars. The ability of a material to withstand heavy loads is due to the high strength of the clay composition from which it is made.

Each type of solid brick is assigned a certain strength index, which greatly facilitates the selection of the desired material. The index consists of two characters, the first of which is denoted by the letter M, and the second has a numerical expression and shows the degree of strength of the material.

Thus, the brick M-300 has the best durability, it is used for paving roads and sidewalks, as well as for the erection of bearing columns and the foundation, while brick with M-100 and M-125 indices is quite suitable for building partitions.

The strength of a material is greatly influenced by its density, which indicates how much mass of a substance is contained in one cubic meter. The density is inversely proportional to the porosity and is considered the main characteristic of the thermal conductivity of the material. The average density of solid red brick is 1600-1900 kg / m3, while its porosity varies in values ​​of 6-8%.

Porosity is also an important performance indicator and affects thermal conductivity and frost resistance. It is measured in percentage and characterizes the level of fullness of the brick body with pores. The number of pores completely depends on the purpose of the material and its manufacturing technology.So, to increase the porosity, straw, peat or crushed sawdust are added to the clay, in short, all those materials that, when burned in the furnace, leave small cavities filled with air instead of themselves. 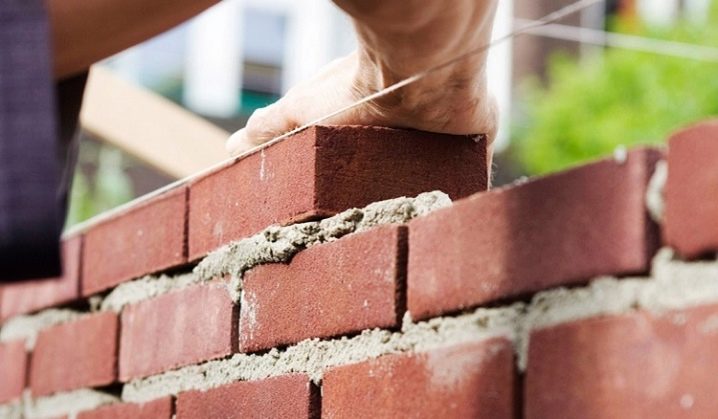 As for the thermal conductivity, its values ​​for corpulent models are quite high. This imposes certain restrictions on the construction of the full-bodied material of residential buildings and requires the adoption of additional measures for the insulation of facades. Thus, the heat conductivity index of corpulent products is only 0.7, which is explained by the low porosity of the material and the absence of an air gap inside the brick.

This facilitates the smooth removal of heat from the room, resulting in a significant amount of funds required for its heating. Therefore, when erecting the bearing walls of their red brick, this moment must be taken into account.

Solid ceramics are widely used in the construction of structures, which are subject to increased fire safety requirements. This is due to the high fire resistance of the material and the ability of some of its modifications to withstand temperatures up to 1600 degrees.In this case, we are talking about fireclay models, for the manufacture of which special refractory clay is used with a higher firing temperature during production.

An equally important indicator is the frost resistance of the material., which is also indicated in the marking and is designated by the symbol F (n), where n is the number of freeze-thaw cycles that the product is able to withstand. Solid brick has an index of F75, which allows it to serve up to 75 years, while maintaining its basic performance characteristics and without being subjected to deformation. Due to the long service life of the material is often used for the construction of fences, outdoor gazebos and outdoor stairs.

Water absorption also has a great influence on the working properties of the material and denotes its ability to absorb and retain moisture. The hygroscopicity of a brick is determined experimentally in the process of random test tests, in which the dry brick is first weighed and then placed in water for 38 hours. Then the product is removed from the container and weighed again.

The difference in weight between dry and wet bricks will be the amount of moisture that it has nourished.Further, these grams are converted to a percentage of the total mass of the product and get the water absorption coefficient. According to the norms of the state standard, the share of moisture in relation to the total weight of dry solid brick should not exceed 8%.

High demand and widespread use of red brick explained by a number of important advantages of this building material.

Like any building material, red brick is a number of drawbacks. Among the minuses, they note a higher, in comparison with hollow models, cost, which is explained by the need to use more clay for the production of one conditional specimen, as well as low heat-saving properties of the material.

In addition, specimens from different batches may differ slightly in color, so when you purchase several pallets at once, it is better to purchase material of the same series and in one place. The disadvantages also include a large weight of products.This requires a more careful approach to the choice of transport during the transportation of the material, as well as taking into account the conditions of storage and capacity of the crane.

Classification of red brick is a number of signs, the main of which is the purpose of the material. According to this criterion, ceramic models are divided into several types.

It is the most popular and demanded type and is used for the construction of the foundation, load-bearing walls and interior partitions. The raw material for brick is ordinary red clay, and its production is carried out in two ways.

It bears the name of refractory and is made of chamotte clay. Its share in the total mass of the product reaches 70%, which makes the material practically invulnerable in front of an open fire and allows the masonry to withstand its impact for five hours. For comparison, it is worth noting that reinforced concrete structures are able to withstand a flame for two hours, and steel structures - from 30 minutes to an hour.

It has a smooth or corrugated surface and is widely used in the finishing of facades of buildings and interiors.

It is produced in non-standard forms and is used in the construction and decoration of small architectural forms, including arches, columns and pillars.

It is the most durable type and is widely used for paving sidewalks and pavement. The clinker is characterized by a long service life, high strength, reaching the M1000 index, and high frost resistance, which allows the material to withstand up to 100 freezing cycles.

In addition to the functional purpose, full-bodied ceramic models differ in size.According to accepted standards of GOST bricks in thickness are produced in single, one and a half and double versions. The most common sizes are single (250x120x65 mm) and one-and-a-half (250x120x88 mm). Double brick dimensions reach 250x120x140 mm.

However, in addition to products with standard sizes, there are often options with unconventional dimensions. These include eurobricks with a size of 250x85x65 mm, modular specimens with dimensions of 288x138x65 mm, as well as incomplete models with a length of 60, 120 and 180 mm and a height of up to 65 mm. Bricks of foreign manufacturers have several other dimensions, of which the most demanded are 240x115x71 and 200x100x65 mm.

Red brick is not the cheapest building material, so its selection and acquisition should be approached very carefully and reasonably.

In the next video you will find a film about the technological process of the production of clay bricks.

Fireclay bricks: features, varieties and subtleties of use

Reinforcement of brickwork: technology and details of the process

Brick drill bit: how to choose and use?
Information provided for reference purposes. For construction issues, always consult a specialist.