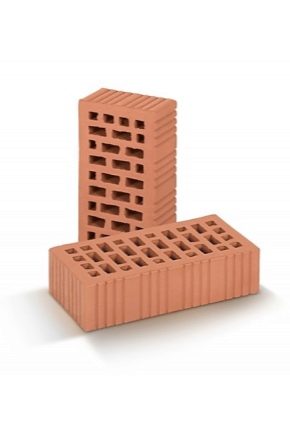 Bastard brick today is rapidly gaining popularity in the construction of residential and industrial facilities and cladding facades of buildings. It allows you to significantly save time and effort to carry out the necessary work.

What is and what is needed?

In simple terms, a half-brick is an ordinary brick block, but slightly increased in height. The need for such material appeared in the era of total construction, when the construction industry was required to build houses quickly and with minimal cost.It was then that the manufacturers slightly increased the initial parameters of the brick in length, height and width and offered the manufacturing technology of a modern and much more efficient material.

At first glance it may seem that a half-brick is not much more than usual and the savings, if there is one, are not particularly noticeable. This is a common misconception. On the one hand, a single brick is not very different from a single brick, however, on the general scale of construction, the savings become quite tangible. Just imagine: three tinkers are the same thickness as the four standard blocks, thanks to which the laying time is significantly reduced, as well as the amount of cement needed.

There is also a certain aesthetic moment: the use of one-and-a-half blocks reduces the number of seams. In this case, only the large blocks themselves, which have a very interesting texture, are thrown into the eyes. By the way, the modern construction industry offers both smooth bricks and rough, with options under the texture of "wood", and the choice of colors is quite wide. 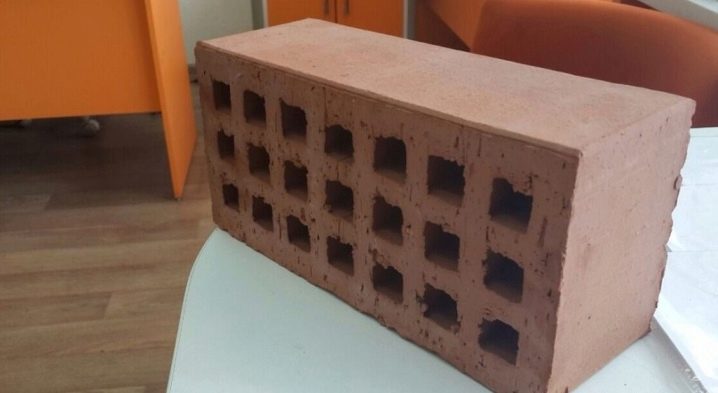 Bastard brick has found wide application in the construction of multi-storey buildings, cottages, as well as in the construction of outbuildings and fences.Often, the material is used for cladding facades, but for the installation of foundations and plinths it is not recommended to take, here it is better to give preference to other options. 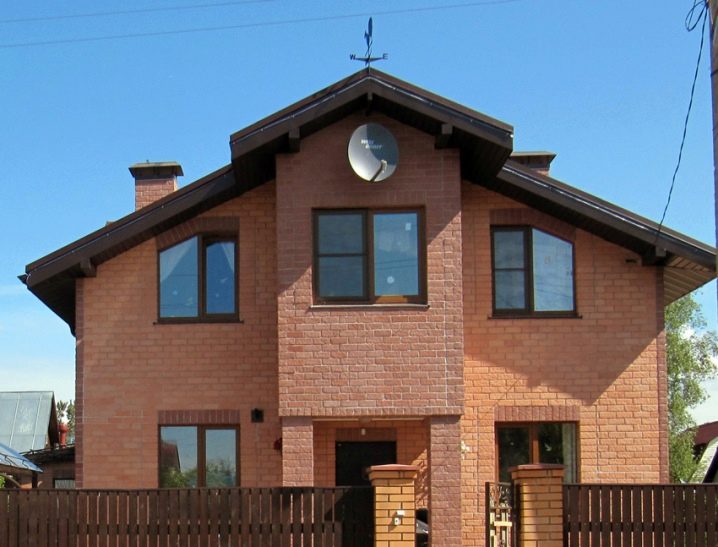 Due to the dimensions, which are 1.35-1.4 times higher than the standard, the use of one-and-a-half bricks makes it possible to achieve substantial savings. Today, manufacturers offer several options for such a building block: private, front, torn, hollow, full-bodied and many others.

By properties and functionality

Depending on the functional purpose and technical-physical features, there are several varieties of bricks and a half.

Ceramic is a block made of purified clay without impurities (such as marl and sulfate), with the addition of components that give the material the required parameters. Such a brick belongs to the natural, environmentally friendly materials, it does not accumulate toxic substances and does not emit radiation.

It is made by two main methods:

The advantages of ceramic bricks are obvious:

It is noteworthy that the modern market offers a wide selection of ceramic bricks of various colors, this is achieved by mixing several varieties of clay. The shading palette of finished products is very rich: red, dark brown, sand, peach and even beige tones. Due to such a huge choice, ceramic one-and-a-half blocks are often used in various restoration works and the construction of new buildings.

Silicate brick-and-a-half is classified as an artificial building material, which is made not from natural, but from synthetic components.The mixture that is used in production is called silicate, it includes lime and quartz sand in a ratio of 1 to 9. In order for the raw material to take the desired shape, various plastic additives are introduced to it, most often chemically resistant pigments, thanks to which material of different colors and textures.

The silicate brick has many advantages, among them: 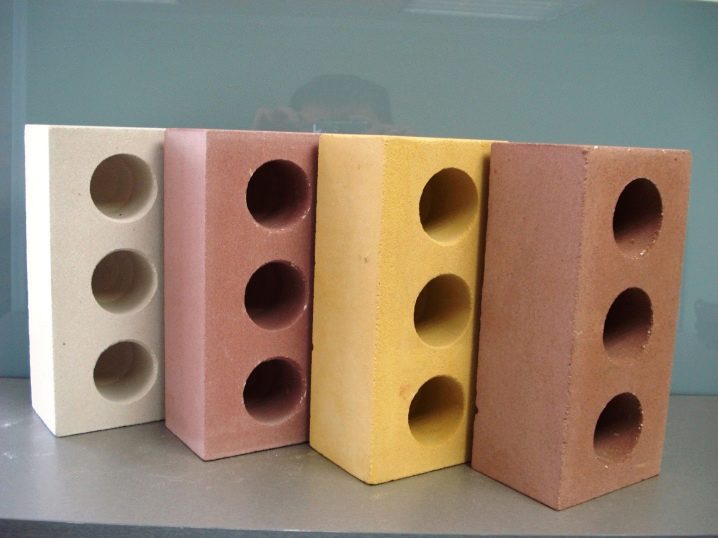 Among the disadvantages of silicate bricks, it is necessary to note low resistance to moisture, therefore, it should not be bought for the construction of plinths, construction of sewage wells and laying of the foundation, that is, all structures of zero cycle, where there is an increased likelihood of flooding or regular contact with groundwater.

Important: in residential buildings, silicate blocks are often purchased for the installation of chimneys and stoves due to their low cost. This is a common mistake, such a material has a low heat resistance, so under the influence of high temperatures, the masonry begins to collapse rather quickly. 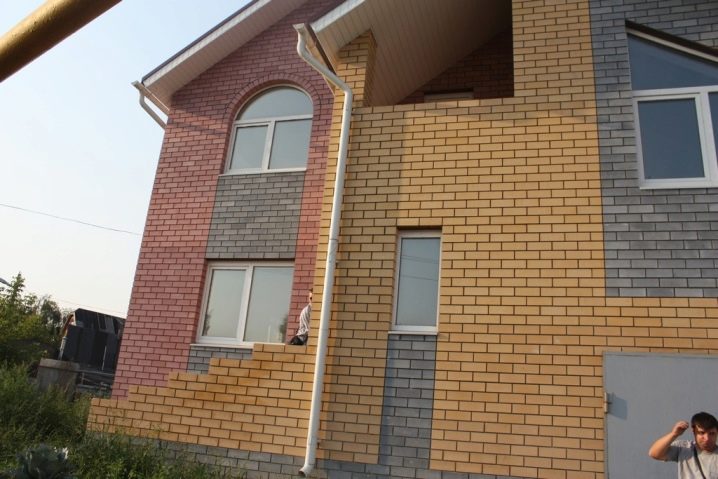 Clinker brick - this material is very similar to ceramic, because just like it is made from a clay mixture, however, in this case only certain types of clay are suitable. The process itself consists in the fact that the prepared and molded raw materials are burned at extremely high temperatures to full roasting. As a rule, the heating is at the level of 1200 degrees. Thanks to this technology, the material acquires special strength characteristics and durability.

Hyperpressed - a characteristic feature of the composition is considered a unique manufacturing technology. Such a stone is formed not in furnaces under high temperature, but by pressing the clay mass under elevated pressure, which usually varies from 23 to 35 MPa. The raw materials are calcareous rocks, to which are added cement and water.

Modern manufacturers produce both standard white unpainted blocks and color. Colored, as a rule, are designed for exterior decoration of buildings and the creation of unusual decorative elements. Such a brick can be not only red, but also have the most unusual colors: green, ivory, blue, rubble, brown, beige, chocolate, coffee, etc.

The material can be very different texture: in hardware stores are presented as rough, and, conversely, smooth blocks, which, in turn, are matte or glossy. These parameters are determined by the features of brick processing technology. Facing materials can have a glossy texture, this is achieved by applying a special glaze on the baked clay, which is a rather low-melting composition based on glass. Thanks to this layer, the brick gets increased resistance to moisture and temperature fluctuations.

A wide color palette is possible due to the imposition on a slightly dried raw of a special color composition, after which the prepared products are subjected to final firing.This coating is made of clay by adding to it natural or chemical dyes. If the processing temperature is chosen correctly, then such a color layer becomes opaque, but at the same time exceptionally beautiful.

By the way, colored bricks are not as strong as simple glossy bricks. To be more precise, it is not enough to just cover, which gives them a characteristic color, as a result, lining with time loses its decorative effect and aesthetics. All this led to a low demand for colored blocks. 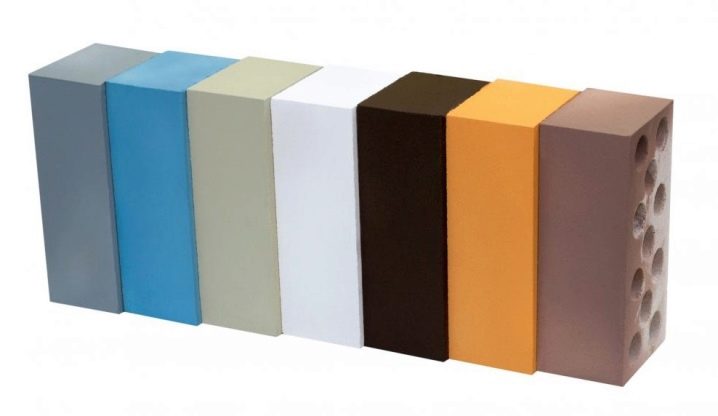 The size of a half brick - how many centimeters?

The dimensions of a brick-and-a-half brick are:

Blocks are divided into hollow and full-bodied. In solid bodies, the maximum number of voids does not exceed 15%; in hollow, the permissible level of through and non-through holes is 30%. In silicate blocks, voids are usually located closer to the center, and in ceramic blocks they are evenly distributed throughout the entire internal cavity and differ in an unequal shape.

The presence of such chambers allows to reduce the consumption of raw materials for the manufacture of building blocks, which means that the time spent on construction and the final cost per square meter of a construction object are reduced.Low weight creates a reduced load on the support structure. So, the weight of a one-and-a-half ceramic brick with voids is about 3-3.3 kg, and the mass of full-bodied - 4-4.3 kg. The difference in facing products is also obvious - 5 kg in full-bodied versus 3.9 kg in bricks with voids.

What is the difference from the single "lorry"?

The difference between a traditional single block and a half-carrot lies in their economic efficiency. Calculations show that for 1 m3 of masonry, the material consumption is exactly 394 blocks - when using single products and 302 blocks - when using one-and-a-half bricks. Due to this, you can quite significantly reduce the cost of construction.

Thus, when forming the supporting structure during laying with single brick, 3 rows of standard units and 1 row of facing ones are made. With a one-and-a-half brick consumption less - only 3 rows of hollow and 1 row of finishing. Thus, the consumption of the solution and the material itself is significantly saved.

The half-brown brick is considered ideal option for favorable building which is conducted in a short time. The height of the lump is only 23 mm higher than the corresponding size of the single one, but even this difference allows all the laying work to be done 30% faster. 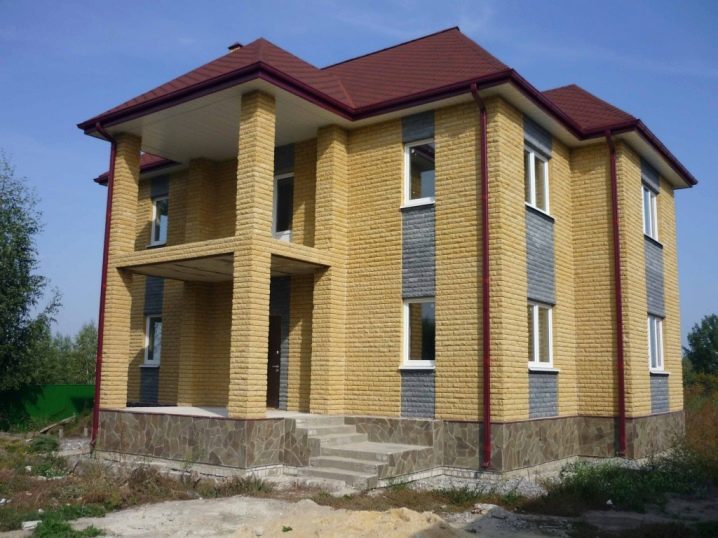 How to make a brickwork of a half-and-half silicate brick, you will learn from the video below.

Fireclay bricks: features, varieties and subtleties of use

Reinforcement of brickwork: technology and details of the process

Brick drill bit: how to choose and use?
Information provided for reference purposes. For construction issues, always consult a specialist.