Building materials are different. An important place among them takes a brick. However, with all its many advantages, the material is easily damaged. This means that you have to use broken brick mass. 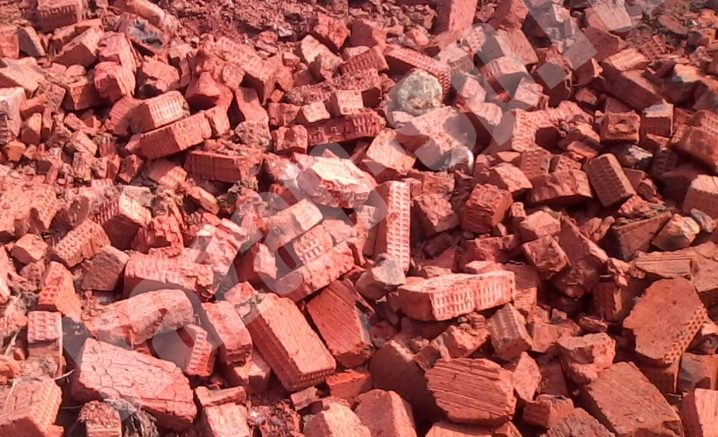 A brick battle results from: 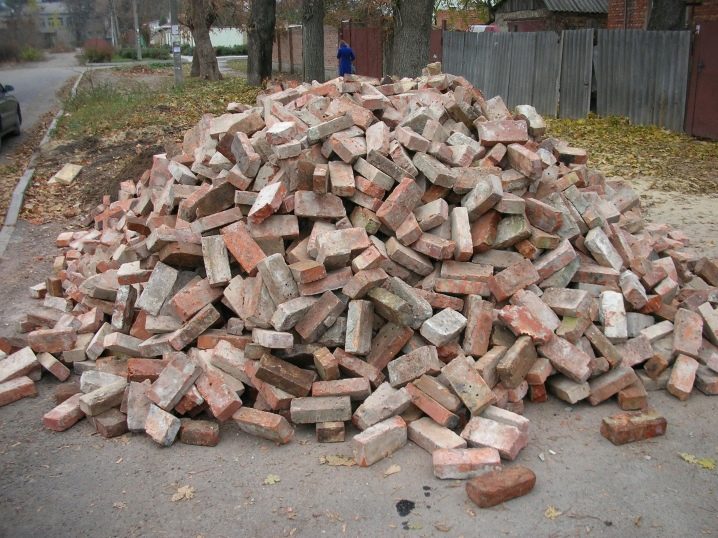 In recent years, the volume of broken bricks has been steadily increasing. The number of old houses going for demolition is increasing. Throwing such garbage, as practiced in previous decades, is inconvenient and economically inefficient.Because debris is increasingly being sent for recycling. As a result, a broken brick literally finds a second life. 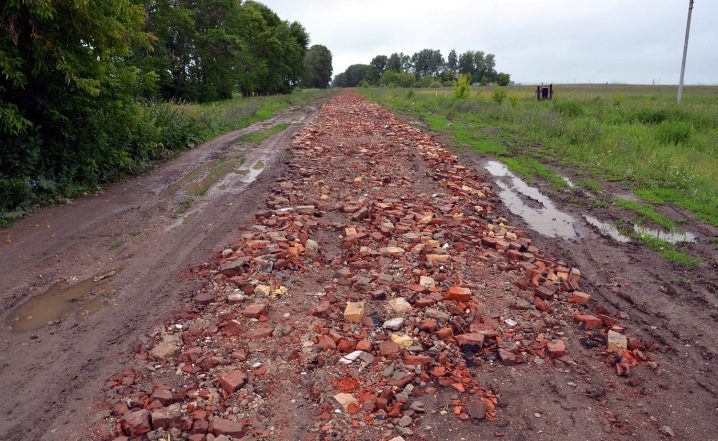 A batch of bricks just released from a factory may be different in purpose. After grinding, the secondary raw materials possess all the key characteristics of the original product. Ceramic brick battle absorbs relatively little water. It tolerates frost well and is characterized by excellent density. If the brick initially contained voids, the specific mass of secondary raw materials reaches 1400 kg per 1 cubic meter. m, if it was solid - it increases to 2000 kg per 1 cu. m

Chipped silicate material does not survive the cold, in addition it easily absorbs water. The specific gravity of hollow silicate combat ranges from 1,100 to 1,600 kg per cubic meter. m. For the whole product, these figures range from 1800 to 1950 kg per 1 cu. m. If the brick was originally fireclay, it remains refractory. In this case, liquid water and water vapor almost do not penetrate inside.

But gradation is not only the origin of brick scrap. There is also a division in size. If there are only particles no larger than 2 cm across, the product is called the fine fraction. Anything greater than 2 but less than 4 cm is already the middle fraction.The largest brick scrap has sizes from 4 to 10 cm.

For ease of use, fractions are separated and delivered to consumers individually. But you cannot immediately sort the recyclables by size. Before sifting through special sieves, it is necessary to free him from all unnecessary inclusions. It is important to consider that this is only a product that is processed in an industrial environment. Anyone who builds a house by himself can even use an uncleaned brick battle.

Positive and negative aspects of the application

There is no doubt that during the dismantling of buildings, secondary raw materials are obtained at a bargain price. There are no other placeholders that would be so economically profitable. Scrap brick itself does not ignite, does not support the already developed fire, it can even become an obstacle for it. This material retains heat well, prevents the spread of extraneous sounds. It also surpasses the best grades of oak wood and cellular concrete in strength. 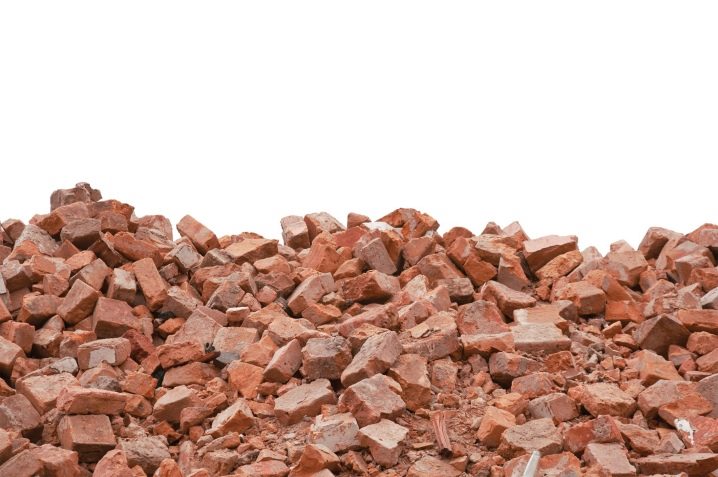 In the process of building a brick battle can be applied in any weather. In this respect, it is also superior to natural wood.If you put the prepared debris in the ground, they will provide full drainage. Therefore, they are very useful to use in wet and wet areas. Since the production and processing of bricks guarantee its environmental safety, you can use this material even in the construction of housing.

Brick combat is easy. Therefore, to deliver it to the construction site and lay it is possible without the use of complex expensive equipment. However, it is worth noting that the broken brick has serious flaws. It is very laborious to use it: all blocks must be carefully removed from the solution and old layers. The cost of the new solution increases dramatically, and the laying has to be strengthened, otherwise it will be loose and unreliable.

Why use recycled material?

Brick battle is used in the construction of local highways. It becomes an excellent base coat base; the best result is achieved in marshland. When it comes to making asphalt mass, brick chips of certain fractions may well be introduced into it. And during the construction of temporary (used only in winter and autumn) roads, you can build them entirely from beaten brick.Ceramic combat can also be used when covering roads in garden partnerships, when filling holes and dredging on main highways.

Secondary materials can replace high-grade asphalt and in the arrangement of roads serving construction sites. Access roads of this type can serve for several years. When it comes time to create a full-fledged road, the previously laid broken brick will be a good basis. If you lay out the track with broken clinker, it will be able to survive for up to 10 years, and where the transport load is small, even more.

Broken bricks can be used in the country. It will help to strengthen the steep slopes, reduce the risk of landslides. It is useful for drainage ditch. In this case, the material is used in the creation of the underlying layers. A similar effect is achieved when laying engineering systems of various kinds. Quite a widely used brick battle in landscape design. Often, instead of rubble, it is poured, for example, at the base of an alpine slide.

However, there are other uses. Broken brick will help:

To make the track, apply small fractions. With the help of large and medium fragments form unique patterns. This is done due to the indentation of the crumb into the packed sand mass. In some cases, it is replaced with a concrete solution. It is recommended to use fragments of hyper pressed or clinker bricks. A worthy replacement for their strength will be ceramic bricks of high marks. 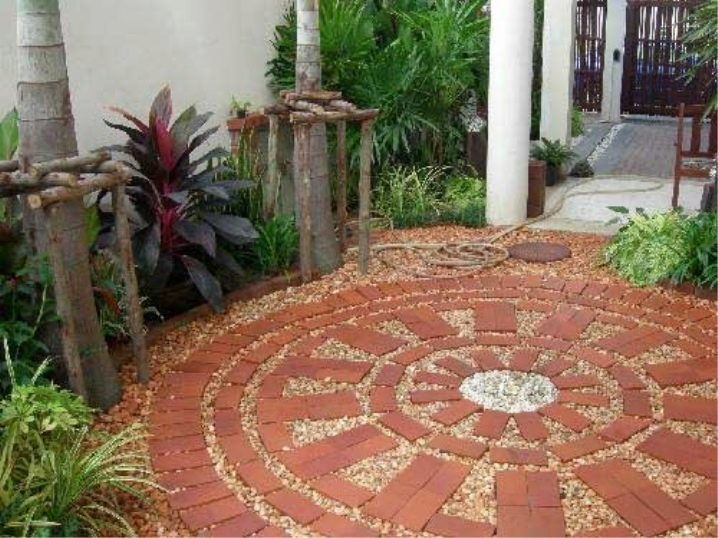 Brick battle can be added instead of rubble in concrete and concrete mixes (albeit partially). It is worth noting that such concrete will not be particularly high quality. However, it can be used if the erected structure is not too important. In this case, you must comply with special requirements: 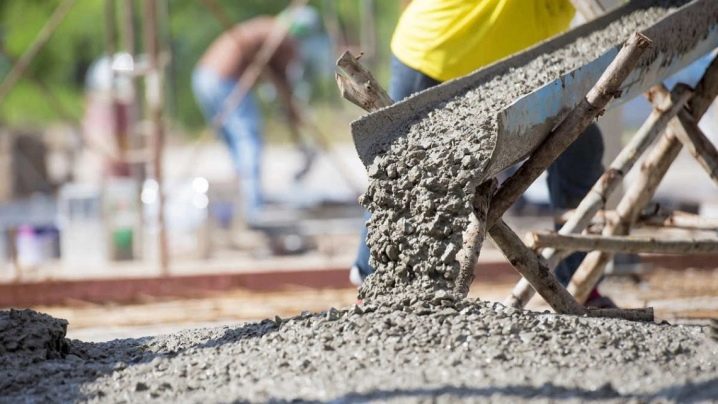 If there is an unnecessary silicate brick crumb, you can fill it with cavities inside the walls (with the well method of laying).This increases the level of thermal and sound insulation of the building. Also, broken brick is used as a filler in the external blind area. And if you break the fireclay, it will be an excellent filler for fire-resistant mortars. For this purpose, various fractions of chamotte scrap can be used.

You can add a brick battle to the foundation. In this case, the calculation of only the grounds for single-story residential buildings from it is not allowed. But the secondary outbuildings quite allow you to do this. Sometimes the pillar under the fence is just covered with brick scrap. Then the filling is rammed and poured with cement. Such a solution has long established itself as a simple and reliable. 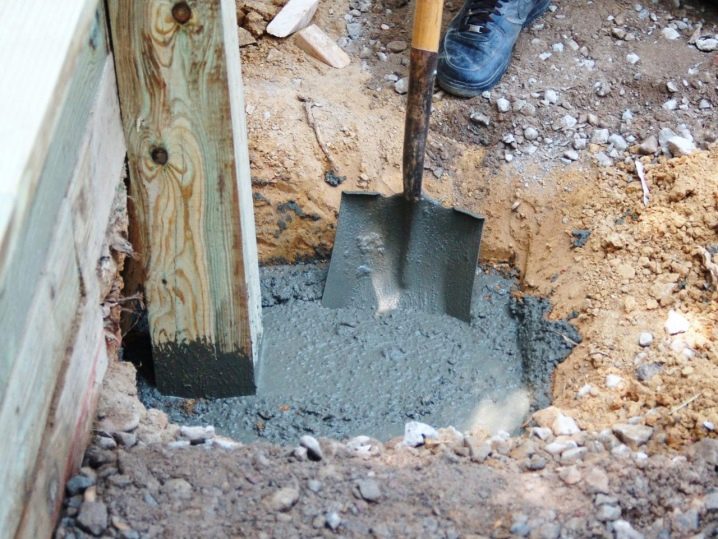 Brick fights can be used to raise the site, if it is located in a valley. If it is necessary to level the bottom of the pit, only the material of small fractions is used. Those who have the opportunity to export heavy loads should look for offers on the free transfer of broken bricks. Such ads are served by many developers, demolishing entire neighborhoods and neighborhoods of old houses. It is more profitable for them to hand over the recyclable materials free of charge than to take care of its removal and disposal.

How to make a track from a brick battle with your own hands, see the next video.

How much brick mortar is needed?

Loft-style brick: where is it used and how can it be made?

Features and technology of facing a house with bricks