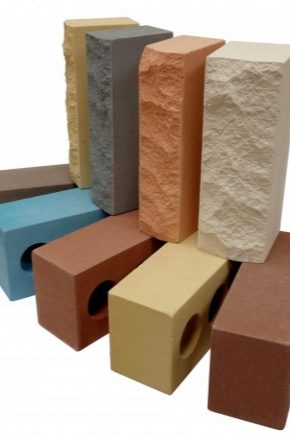 Silicate brick is a relatively young building material that is in great demand among buyers. It has many differences from ordinary clay bricks, but it is also used in many areas. Let's get acquainted closer with this demanded building material, find out what are its main properties and composition.

Silicate brick is an autoclave building material, which is dominated by quartz sand. Make such a material by dry pressing, after which it is treated with water vapor. Such products have the perfect shape. 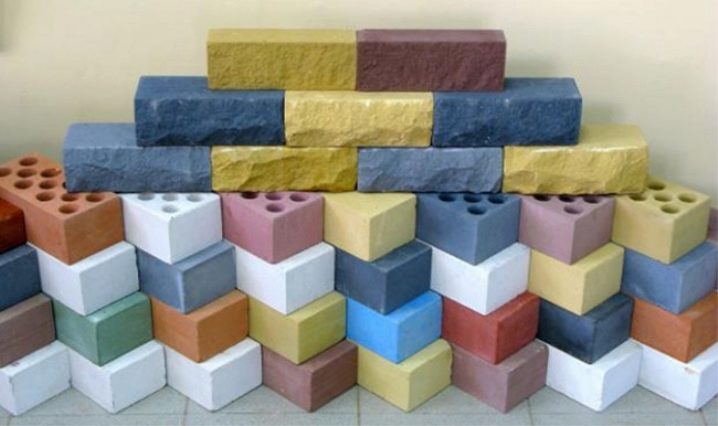 Their edges do not have chips.

Quartz sand (necessarily thoroughly cleaned), air lime and, of course, water are used as raw materials for the manufacture of silicate bricks. Manufacturing technology of this building material provides for 3 main stages:

Raw solution can be prepared in two ways. Let us consider in more detail each of them.

The next step is pressing raw. Special forms for the press are poured with raw material solution and sent to a special device. The pressing process is carried out under high pressure conditions.After this treatment, the compaction of the raw material takes place, almost all air is removed from its composition. The intervals between individual grains of sand become minimal.

This is followed by drying under autoclave conditions. Already prepared parts are sent to the equipment, where the direct steaming of raw bricks under high pressure takes place. This process usually takes no more than 10-14 hours. During this time, the raw hardens to the end and becomes as strong as possible.

At the end of all processes, the temperature of steam in the autoclave gradually decreases. If this happens quickly, the product may crack / crack, it can no longer be used.

At the end, finished products are placed in special pallets.

Silicate brick is a popular building material with many positive qualities. The product made according to state standard specification has such important characteristics:

The strength characteristics of a modern silicate brick directly depend on itsmarkings. Based on the provisions of GOST, there are several different series of silicate blocks (M75-M300). The numbers in this case indicate the maximum load per 1 square. see. The larger the figure, the stronger the building material.

When choosing a brick for certain works, it is imperative to pay attention to the specified parameter, because an incorrectly chosen brick with an inappropriate level of strength may be subject to destruction.

As for the density of silicate brick, it mainly depends on the specific type and brand of the model. For example, the density level of corpulent bricks can range from 1600 to 1900 kg / m. cc If we are talking about hollow "brothers", then here the density will vary from 1000 to 1450 kg / m. cc The strength properties of silicate bricks are influenced by the moisture conductivity of the building material. So, when saturated with moisture, this parameter is usually reduced.

Water absorption is another important characteristic of silicate brick. The coefficient of this parameter depends on several factors, such as: 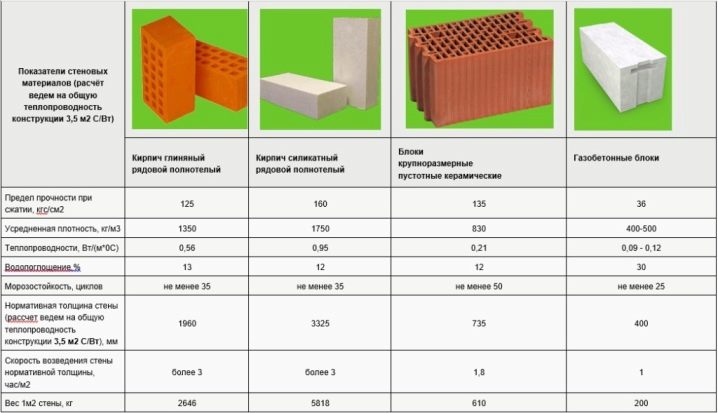 The coefficient of moisture absorption is put in the appropriate GOST. In accordance with this documentation, the level of water absorption of silicate bricks can be from 6 to 16%.

Frost resistance is a technical characteristic of silicate brick. It indicates how many cycles of freezing and defrosting are able to withstand this building material. Resistance to frost products is indicated by the letter F, and digital values ​​are represented by numbers from 15 to 100.

The thermal conductivity of these products depends on the distinctive features of their design. In this case, the main role is played by the brick structure - solid or hollow.

As for the sound insulation capacity of these products, it is 64 dB.

Silicate brick on a par with other building materials has both advantages and disadvantages. First, let's look at the list of silicate pluses.

And now let us see what is wrong with the silicate brick.

It is characterized by high thermal conductivity.

What is different from ceramic?

Many buyers are confident that ceramic and silicate bricks are absolutely the same and do not have significant differences from each other.In fact, these materials are different. Let's make a comparison between these two types of bricks. 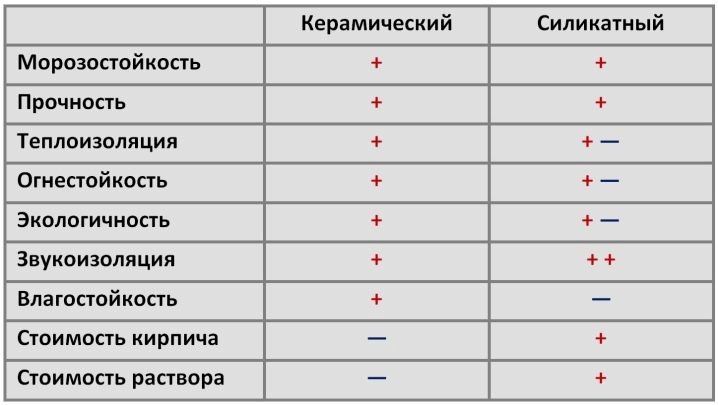 There are several subspecies of silicate brick. Each of them has its own characteristics.

The silicate brick content may contain a combination of different raw materials. On this basis, several subspecies of this building material are distinguished.

On the basis of direct use, silicate bricks are divided into the following types:

Modern bricks have the following length parameters, thickness and width:

As for weight, it can be different:

Before you go to the store for silicate bricks, you must correctly calculate how much of this building material will be in 1 cu. m. masonry. Based on the calculations, it will be possible to find out how many pieces of blocks should be in each pack or pallet, what length, width and height they should have. Experts advise buying such materials with a small margin.

Different subspecies of silicate bricks have not only different dimensions, but also a label indicating their characteristics. 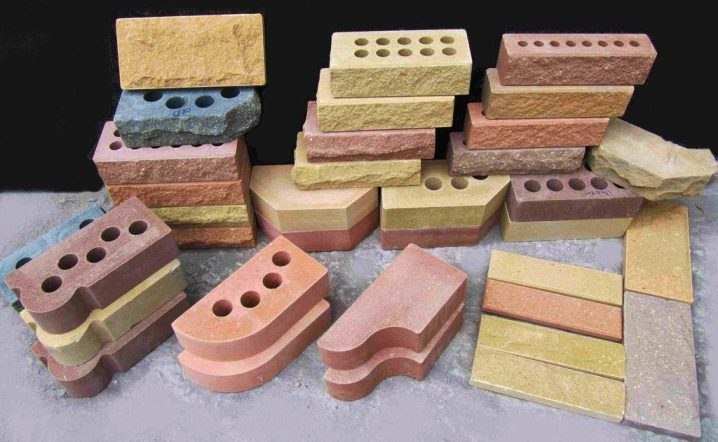 The silicate brick can have the most different color. So, in order to give this building material a classic white hue, they add to the raw material a special dye. Other pigments can also be used, as a result of which colored bricks are obtained, for example, red or yellow.Often, during the addition of the pigment components, special modifying ingredients are sent to the compositions, making the silicate more frost-resistant and stronger. 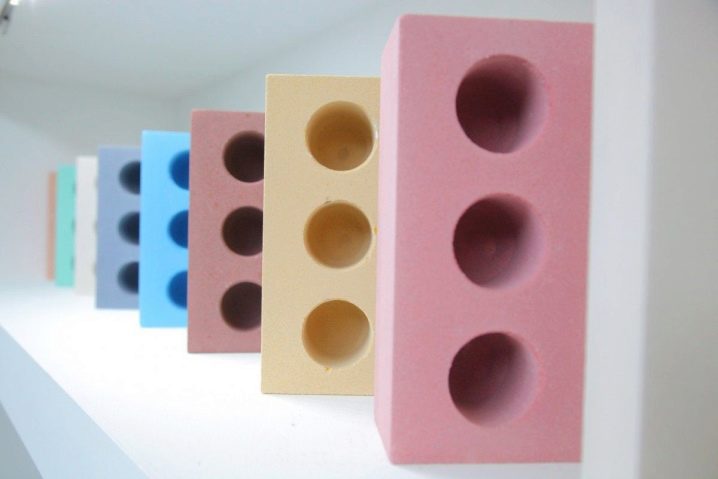 Silicate brick is a very demanded material. It is permissible to apply both in low-rise and high-rise construction. In this case, means the construction of external and internal walls, partitions, ventilation channels of residential and industrial buildings. Garages, garden houses and even fences are also built from such bricks. As for the preparation of a high-quality building base, here it is better to turn to ceramic, rather than silicate building material.

Always pay attention to the surface of the silicate brick before letting it go. If on usual products there may be small chips or minor irregularities, then on silicate copies of those should not be in any case.

Dimensions of bricks must be accurately and correctly selected. Here deviations are not allowed.

When looking for a suitable brick, it is important to pay attention to its marking. The building material should be as close as possible to the upcoming work.Otherwise, it may be subject to rapid destruction under the action of too large loads for it.

If you plan to build the walls of the house, then you should not buy bricks marked M75. Such products are permissible to use only in the construction of single-storey buildings. If we are talking about the design of walls and internal partitions, then it is allowed to use a brick brand M100, and sometimes M75.

Before building a house of silicate, it is important to calculate the foundation, which seamlessly withstands the substantial load from the construction of an impressive weight. Also dwelling from silicate brick is required to warm with materials suitable for this. You should not neglect this process, otherwise the house will be cold and completely uncomfortable.

In rural areas, silicate bricks are often referred to as an alternative to refractory products. In most cases, fire supervision cannot detect this. But do not use silicate in the manufacture of objects such as stoves. It is better to turn to more suitable materials for this.

If you need to build a base, then the use of silica brick should be abandoned.Such structures are usually made of ceramic materials.

Do not look for too cheap stuff. Too low and attractive price may be a sign of dubious quality products. In pursuit of cheapness, you risk being left with unreliable and short-lived blocks.

Note that silicate is not friendly with groundwater. Upon contact with them, the building material may begin to deteriorate rapidly. This is due to the fact that in the groundwater there are often acids that negatively affect the binder component of bricks.

All you need to know about silicate brick - see in the video.

Loft-style brick: where is it used and how can it be made?
Information provided for reference purposes. For construction issues, always consult a specialist.